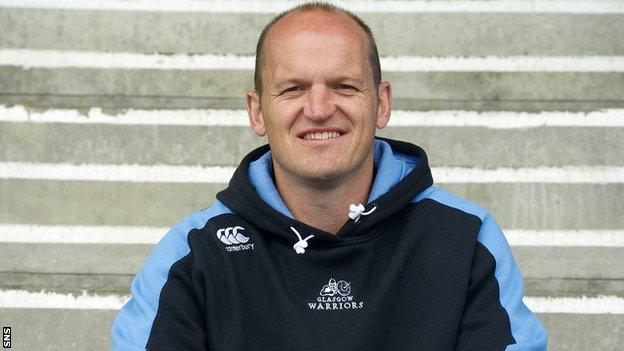 Head coach Gregor Townsend is confident Glasgow can qualify for the Heineken Cup quarter-finals for the first time.

The Warriors have been drawn in Pool 4 for next season along with Northampton Saints, Ulster and Castres.

"I believe any team from that group can come through but every game is going to be tough," Townsend told BBC Scotland.

"Winning away from home will be hard but we have to win at least four games to get out of our pool and I believe we have the players to do that."

"I always keep an eye out for for the results of both teams and I'll be watching them even more carefully now," added the former Scotland and British & Irish Lions fly-half.

Townsend will also be heartened by Scotland's successful summer tour since he can call on 11 of the party that managed wins over Australia, Fiji and Samoa.

The new coach has been set high standards by managing director Nathan Bombrys.

"We've been able to bring in some top-quality talent, which is fantastic for the club," said Bombrys.

"We now expect to be performing consistently.

"Our minimum expectation is the league play-off semi-finals or quarter-final qualification in the Heineken Cup.

"We've been semi-finalists for two of the last three seasons."