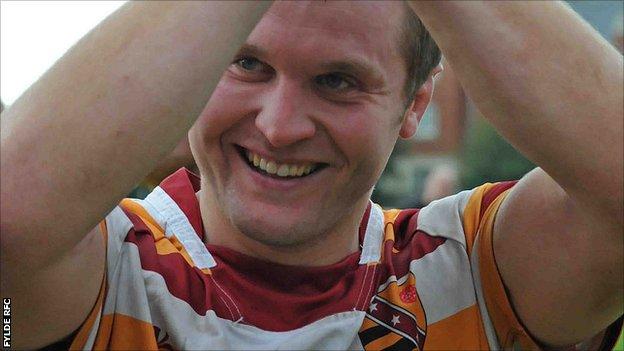 Sam Beaumont, son of former England and Lions captain Bill, has stepped down from his role as skipper of Fylde.

The 26-year-old has recently started a new business venture and has chosen to end his three-year stint as captain to concentrate solely on playing.

"It has been a very difficult decision," said Beaumont. "I am finding it increasingly difficult to fully commit to the position.

"I am still fully committed to the club and am looking forward to next season."

He continued: "The last three years have been a fantastic experience of some real highs and lows.

"I think with the new signings the club has made, we have a really strong squad this year and have a great opportunity on improving on last year's league position."

Head coach Mark Nelson, who will announce a new captain for the National League One club in the near future, added: "I wanted him to continue but totally understand his business reasons.

"Sam took over from Roger Banks in 2009 and has been an exceptional leader throughout his tenure.

"His qualities as a player inspire his team-mates to follow his example and his astute understanding of the game made him very tactically aware on the field."

Beaumont's father played for Fylde throughout his career from 1969 to 1982.