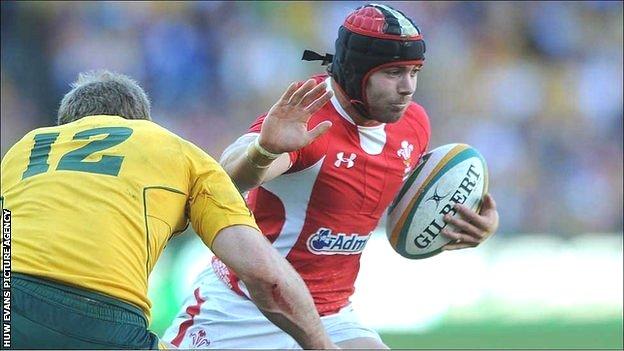 Leigh Halfpenny has conceded rugby's superpowers still do not fully respect Wales after they slumped to a 3-0 series whitewash in Australia.

Halfpenny admits the 2012 Grand Slam champions expected to win the series this summer but Wales were left to rue "mistakes and indiscipline".

Australia needed late kicks to win two of the Tests as Wales suffered their narrowest losses Down Under since 1978.

"I don't think you gain 100% respect in the southern hemisphere until you beat one of them and we haven't done that."

The Welsh have only ever beaten Tri-Nations giants twice in the southern hemisphere.

Wales have never defeated New Zealand, the current world champions, or South Africa on their own territory, while Wales have only ever beaten the Wallabies in Australia once.

The Tri-Nations champions completed a clean sweep over the European champions this summer but Robbie Deans's team needed to fight back from losing positions to win both the and Tests in the final five minutes.

"It was the same story as last week," said Halfpenny after Wales' 20-19 defeat in the final Test in Sydney.

"Mistakes and indiscipline cost us again. You make an error at this level, especially down south, they capitalise.

"And we couldn't put pressure on them because of our errors. Every time we went ahead they found a way to come back and put pressure on us by either scoring or winning a penalty.

"Australia know how to win games and how to close out a game.

"It is a huge disappointment because we came with expectation of winning the series and winning a game down south.

"But we've learned how crucial the errors we make are. The intensity and speed of the game down here is very quick and I thought we we got up to speed and tested them to the end.

"However, it does say we lost 3-0 and that is how it will look in years to come. But they come to us in the autumn and that will be our time to get one back on them."

"We're looking for four out of four and I think this squad is capable of that," said the Cardiff Blues star.

Halfpenny was "pretty pleased" with his performance with the boot in his first full series as first-choice kicker, missing just one kick in three Tests.

The 23-year-old has kicked 99 points in seven Tests since replacing Rhys Priestland as Wales' number one kicker.

But Halfpenny was "gutted" at missing the one giant penalty - that hit the upright - in the third Test that could have earned Wales their first win in Australia since 1969.

"And I missed this one and if it had gone over we could have won the game."