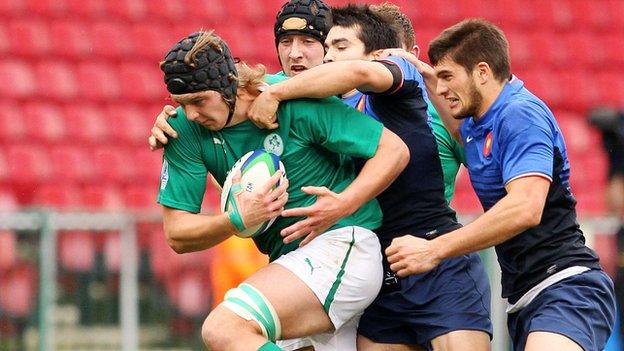 JJ Hanrahan fired over six penalties to give Ireland a victory over France which secured fifth place at the Junior World Championship in South Africa.

The Irish led 6-0 at the break at Newlands in the fifth/sixth place play-off and won easily despite a try from Gael Fickou 14 minutes from time.

Hanrahan's haul on Friday took his tournament tally up to 53 points.

Ireland beat the hosts and England on the way to ensuring their best ever finish in the tournament.