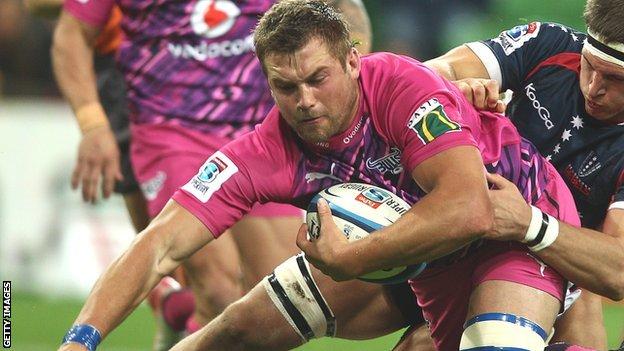 Munster have signed former South Africa Schools and U20 captain CJ Stander from the Northern Bulls on a two-year deal.

The 22-year-old has had an outstanding first Super 15 season with the Pretoria side, scoring four tries in 13 games.

"We could not match the Munster offer - that is the reality of professional sport," said Bulls chief exective Barend van Graan.

Stander, who also plays for the Blue Bulls in the Currie Cup, can operate at both flanker and number eight.

His move is subject to being granted a work permit and passing a medical.

The Bulls are chasing a play-offs place despite losing many stars during the close season, including iconic locks Victor Matfield and Bakkies Botha.