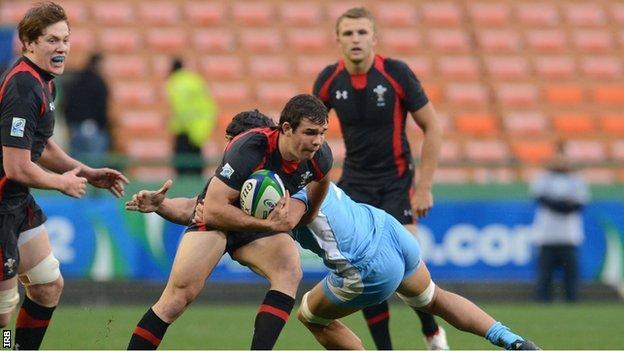 The Newlands win was built on a fine Welsh pack, which caused problems for the usually unruffled Argentina eight.

Argentina suffered from indiscipline in the first half, coughing up a string of penalties and having two players sin-binned.

First flanker Joaquin Camacho was yellow-carded on 21 minutes for kicking a ball coming out of a Welsh ruck when he was lying on the ground, with lock Juan Cruz Guillemaín following him to the sidelines six minutes later.

Wales also had replacement Gareth Thomas sin-binned late in the game for a dangerous tackle, but the 14 men held out in the closing moments to claim a deserved third place.

Danny Wilson's junior Welsh side recorded a shock 9-6 victory over defending champions New Zealand in the pool stages, also defeating Fiji and Samoa, but were beaten by a rejuvenated Baby Blacks 30-6 in the semi-finals.