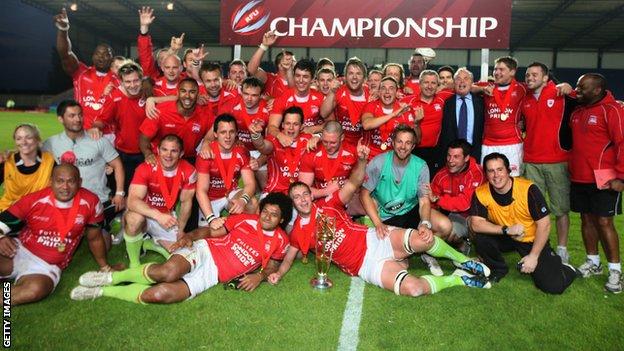 The date of London Welsh's appeal to the Rugby Football Union (RFU) over their eligibility for promotion to the Premiership has been put back one week.

The appeal, which was originally scheduled for Thursday, will now take place on 28 June.

An independent audit found the Championship winners had not achieved the minimum standards criteria for entry to the top flight.

The Exiles had submitted plans to groundshare with Oxford United.

The RFU has announced that James Dingemans QC will chair the independent panel for the appeal, alongside Ian Mill QC and Tim Ward QC.

Newcastle Falcons will remain in the Premiership, despite finishing bottom of the table, unless Welsh's appeal is successful.

London Welsh sealed the Championship title in May after beating Cornish Pirates 66-41 over two legs.