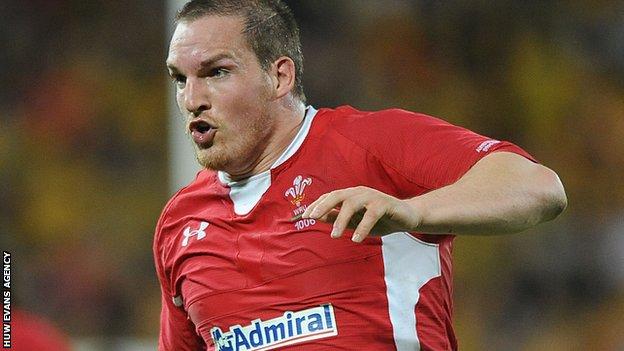 Prop Gethin Jenkins says Wales will have to show improvement if they are to level the Test series against Australia.

The 27-19 defeat in the first Test in Brisbane brought to an end Wales' six-match unbeaten run this year.

Wales face the Wallabies in the second Test on Saturday and Jenkins believes the tourists can level the series.

"The second Test is a massive game for us, but it isn't all over in this series just yet," he said.

"We have got to be right at the top of our game to get anywhere near a win down here.

"They are never an easy team to play against. You only have to give them a sniff and they make the most of it.

"They are a very good attacking team and we need to be stronger around the contact area and put more pressure on them at the breakdown.

"We won't win if we play like that again. It was a fast game and it suited them, but we went away from our strengths. We have to play a little bit more sensibly.

Jenkins admits Wales arrived in Australia elated at their Grand Slam-winning performances in the Six Nations, but believes the hard lessons doled out in the first Test will be beneficial in the long run.

"For a lot of the youngsters it was the first time they had played in the southern hemisphere," said Jenkins, who will play for Toulon next season.

"Some of them were still walking on cloud nine a bit after winning the Grand Slam at home. But we all learned it is a different kettle of fish and you do well to win in the southern hemisphere.

"People had been talking us up but I realise how hard it is to play against Australia, even when they are missing a few quality players.

Jenkins sat out the 25-15 victory over ACT Brumbies in Canberra but is set to be included in Wales' side for the second Test, which will be announced on Thursday.

Caretaker coach Rob Howley is confident wing George North and centre Scott Williams will be fit for Saturday's second Test in Melbourne despite suffering injuries during the first Test.

And Howley said an ankle knock suffered by wing Alex Cuthbert which forced his departure during the win over the ACT Brumbies was "nothing untoward".