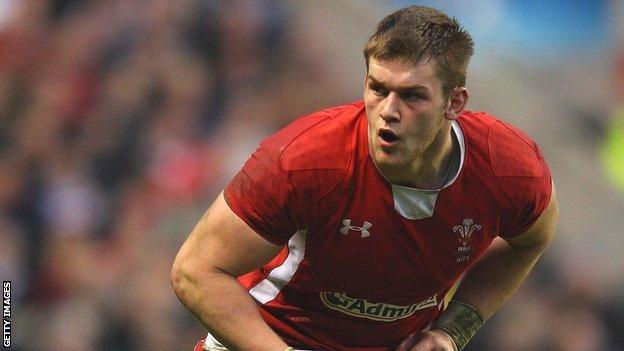 Wales flanker Dan Lydiate will undergo surgery in an attempt to solve a persistent ankle problem as soon as he returns from the tour to Australia.

But Newport Gwent Dragons are hopeful Lydiate will be fit for the start of the season after a series of injuries sidelined him several times last year.

"It was known about before the tour," director of rugby Bob Beale said.

"He's having his ankle cleaned out and his recovery time should see him fit for the start of the season."

Lydiate required intensive treatment to keep him playing during the 2011 World Cup and suffered further setbacks in Amlin Challenge Cup matches in November and January, ruling him out of the Six Nations fixture against Ireland.

The blind-side played with the troublesome ankle heavily strapped on a number of occasions.

Wales open their three-Test tour by taking on the Wallabies in Brisbane on Saturday, with Lydiate joined by captain Sam Warburton and number eight Toby Faletau in the back row.

Lydiate, 24, missed the opening Six Nations match against Ireland with an ankle problem, but returned to play every minute of the remaining games as Wales clinched the Grand Slam.

And his outstanding performances secured him the player of the tournament award.