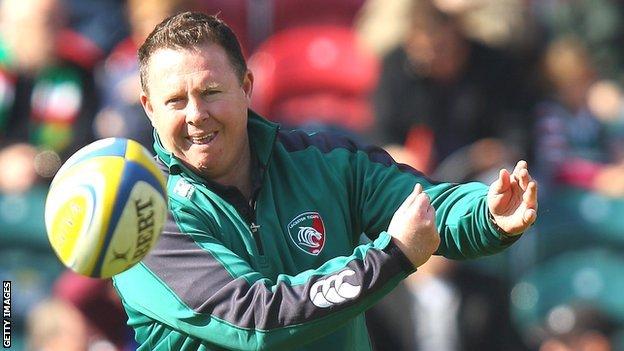 O'Connor, who initially joined as backs coach in 2008, has been linked with a move back to his native Australia.

But Cohen told BBC Radio Leicester that director of rugby Richard Cockerill has "started a conversation" to extend the 41-year-old's current contract.

"He'll be here for at least next season and we hope for longer," Cohen added.

"He is an outstanding coach and you would expect him to be in demand right across the world."