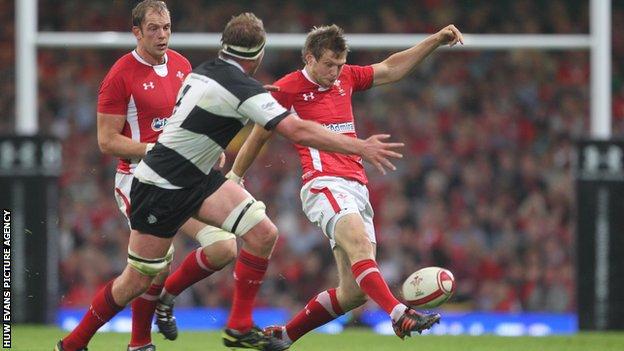 Dan Biggar is an injury worry after Wales' 30-21 victory over the Barbarians at the Millennium Stadium.

The fly-half, who kicked the Ospreys to the Pro12 title last weekend, left the field carrying his right shoulder midway through the second-half.

The 22-year-old was a contender for the Wales squad to fly out to Australia for the three-Test series against the Wallabies.

He was expected to be Rhys Priestland's deputy for the Wales No10 jersey.

Rob Howley, the Wales caretaker coach, confirmed Biggar had suffered a shoulder injury and that his condition would be assessed over the next 24 hours.

"He has taken a knock to his shoulder," said Howley.

"We will assess the injury over the next 24 hours and see what the medical report tells us."