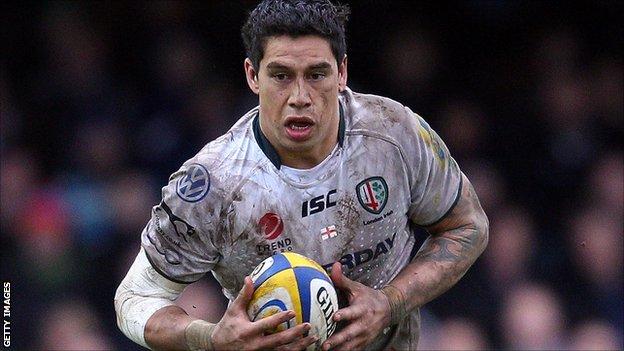 London Irish have agreed to release centre Shontayne Hape, who will join Montpellier next season.

Hape, 31, becomes the latest big-name departure from the Exiles with full-back Delon Armitage also announcing he is joining French side Toulon.

The New Zealand-born dual-code international has 13 caps for England and joined the club in 2011 from Bath.

"We'd like to thank Shontayne for his time with London Irish," said the Exiles' director of rugby Brian Smith.

He added: "We wish him the very best of luck for his future career with Montpellier.

"London Irish has some fantastic young and talented backs who have greatly benefited from training and competing alongside him.

"We look forward to watching those guys in action for the rest of this and next season and to announcing Shontayne's replacement very shortly."

The Exiles, who face Worcester on Saturday, have also confirmed that injured Hape will not feature for Irish again.