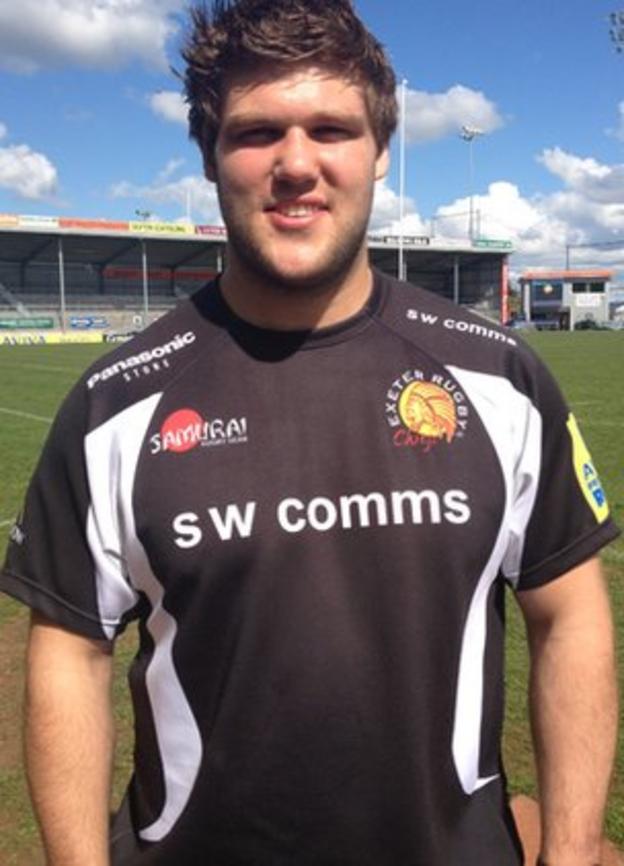 Doncaster prop Alex Brown says he is relishing the challenge of playing in the Premiership next season.

The 22-year-old will join the Chiefs along with teammate Jack Yeandle.

"It's fantastic, I'm really excited, it's an awesome ground to play on and it's another challenge and I'm going to relish it," he told BBC South West.

Brown has played in almost every Championship match for Doncaster this season having joined the club from Old Albanians in the summer.

"Something that attracted me to Exeter is that they do pride themselves on looking at the Championship.

"It is a tough league and if you prove yourself you've got a chance of proving yourself in the Premiership.

"Rob Baxter's told me that I'm on a level playing field and whether that's a reality or not is one thing, but I'm going to make sure that I try hard to make it so and put my hand up to be picked.

"Great competition is going to make better players, it will be tough but I'm looking forward to getting pushed by the players and earning a spot in the first 15."

And Head coach Rob Baxter says he rates the skills of both Brown and Yeandle highly.

"Tight head props are few and far between.

"We feel we've got some good ones here already, Hoani (Tui) has developed from being a good Championship prop into being a very good Premiership prop and I think he's a great example of what we hope to achieve with Alex.

"Jack's a young guy who we feel we can develop.

"We've been looking to hire an additional hooker to the squad, not because we feel we've not got good hookers, but you do need a lot of them and it's an important position."