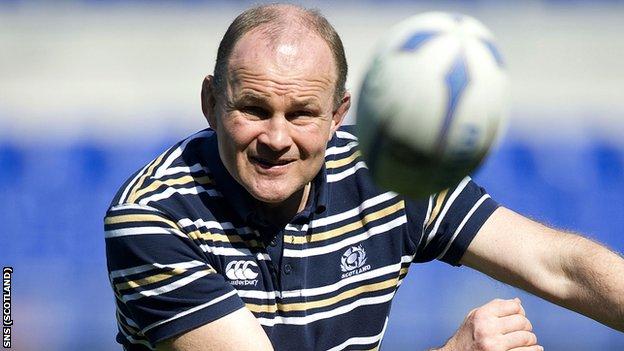 Scotland head coach Andy Robinson will take charge of the Barbarians for a one-off match.

The Englishman, who graduated from Loughborough University, accepted an invitation to coach the side against Loughborough Students on 9 May.

Robinson, who remains in charge of Scotland despite receiving the Wooden Spoon after the Six Nations whitewash, is relishing the role.

"I have many happy memories of my time at Loughborough," he said.

"And two of my sons, Olly and Eddy, are students there at the present."

The Scotland head coach is under contract until 2015 and will continue in the role following a turbulent Six Nations campaign.

Scotland have won only two Six Nations matches since the former England and Bath coach took over from Frank Hadden in 2009 and they exited the World Cup before the quarter-finals for the first time at last year's finals.

However, Robinson has led the side to impressive wins against Argentina, Australia and South Africa.