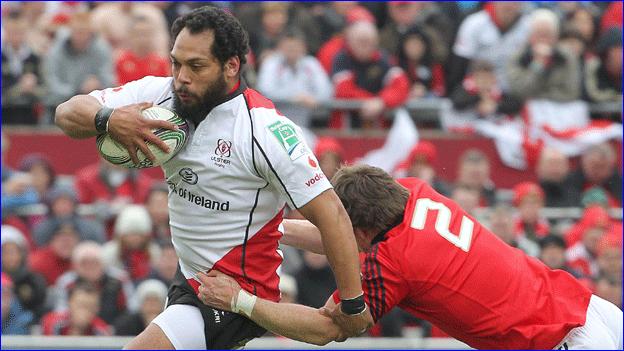 Prop John Afoa is in danger of missing Ulster's Heineken Cup semi-final after being cited for an alleged dangerous tackle on Felix Jones during his side's quarter-final win over Munster.

The incident occurred during the second half of Sunday's game at Thomond Park.

The New Zealand World Cup winner will appear before an independent judicial officer in Dublin on Thursday.

The minimum suspension for a dangerous tackle is three weeks, so Afoa would miss the Edinburgh tie if found guilty.

A mid-range suspension would result in a ban of six weeks, with the top-end range set at 10 weeks or more.

The alleged incident occurred after 46 minutes of the Irish derby game, which Ulster won 22-16.

The semi-final will be played at the Aviva Stadium on Saturday, 28 April.