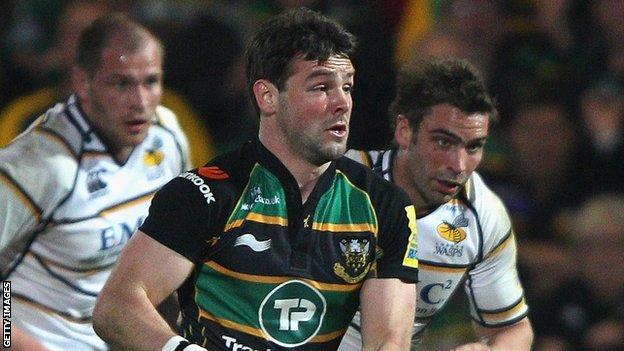 After their 26-6 win at Bath, Saints lie fourth, three points clear of Chiefs with three matches to play.

Foden told BBC Northampton: "Bath was a vital victory with Exeter winning. We know they're hot on our heels.

"The games against Leicester and Exeter are massive. If we don't win both, we could be slipping out of the top four."

He added: "We want to win silverware. I've been saying it for two seasons but we need to kick on and do it.

"It was messy at times but it is nice to get the win. We came here a couple of weeks ago [in the LV= Cup] and got beaten quite badly so we were keen to put it right."

Saints host Tigers, travel to Sandy Park to play Exeter and are at home against Worcester in their remaining games.

"We've got to work hard," said Foden. "The Premiership is our focus now.

"It's a tough run-in, especially with the way things are standing. But we will use this week to relax and then come back and target those games."