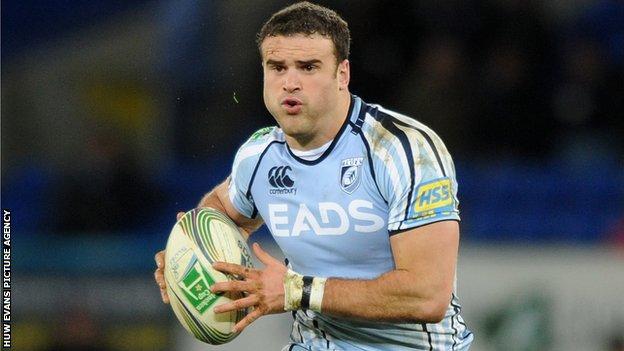 Cardiff Blues could be without Wales Grand Slam winner Jamie Roberts when they face Leinster their Heineken Cup quarter-final on Saturday, 7 April.

Centre Roberts suffered a knee injury during their 31-3 Pro12 defeat at Glasgow on Friday.

The British and Irish Lion was replaced by Dafydd Hewitt in the 54th minute and could miss the trip to Dublin.

"I don't really know the full extent, but he had a bump on his knee," said Blues coach Justin Burnell.

"His knee was heavily strapped up so we'll have a full assessment of that by Monday morning."

Hewitt and Gavin Henson - who came on as a wing replacement against Glasgow - would be contenders to take over from Roberts alongside Casey Laulala to face Leinster.