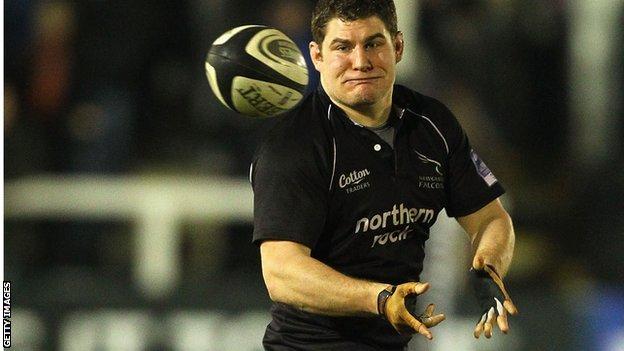 Vickers, 30, made his debut in the 2006-07 season and reached 100 Falcons appearances when he played in the draw with Harlequins earlier this month.

"Newcastle Falcons is a club I have been at my entire professional career and is a club I love," said Vickers.

"There have been a lot of changes over the years and the ambition (owner) Semore Kurdi has shown since he got involved has impressed me."

Vickers, who came through the club's academy system, missed the defeat against Worcester last week due to suspension but returns to the Falcons side for their Premiership match on Friday against Sale Sharks.