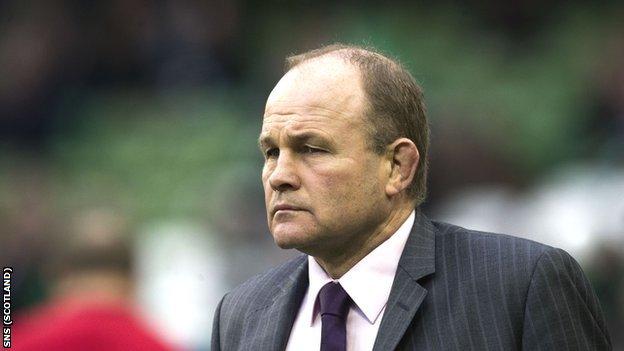 Scotland head coach Andy Robinson is to continue in his role "with the support of his revised coaching structure".

The Scots were recipients of the Wooden Spoon after losing all five Tests in this season's championship.

A Scottish Rugby spokesman said: "The discussions were positive and concluded that Andy will continue to lead the Scotland national team."

Robinson is under contract until 2015 and Matt Taylor and Scott Johnson are due to join his backroom staff, with Graham Steadman leaving and Gregor Townsend replacing Sean Lineen as head coach of Glasgow Warriors.

Scotland have won only two Six Nations matches since the former England and Bath coach took over from Frank Hadden in 2009 and they exited the World Cup before the quarter-finals for the first time at last year's finals.

However, Robinson has led the side to impressive wins against Argentina, Australia and South Africa.