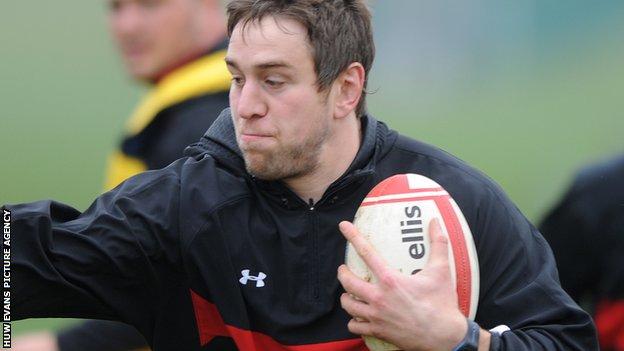 Ryan Jones has said he understands why Welsh players decide to move abroad but added he plans to see out the rest of his career with the Ospreys.

A number of Welsh stars, including Gethin Jenkins and Luke Charteris, will join French clubs for next season.

Although he appreciates the financial incentive of moving, Jones says he has no desire to join the Welsh exodus.

"Each one to their own, you can't knock anyone. [But] it wasn't right for me," said the 31-year-old Wales forward.

"I've got a young family. If I was 21 and all that it may be slightly different. Sometimes there's more to take into account than just money.

"For me personally [Ospreys] is my home club and I think there's a huge value to playing your entire career at one club."

We're going through a very difficult time, there's no hiding that

"We're going through a very difficult time, there's no hiding that," added Jones.

"All top players are going to make a decision depending on their own circumstances at some point in their careers. Some make it two or three times during their career.

"We've got to make sure we give them the best possible opportunities to come back and make sure all our best players are playing top class European rugby.

"It's tough and only time will tell. We're not sure what the knock-on effect will be."

After securing his third Grand Slam in eight seasons with Wales, Jones returned to the Ospreys in their 23-22 win at Leinster in the Pro12.

He praised the influence of new head coach Steve Tandy as the Ospreys target a place in the end of season play-offs.

"We feel we're going in the right way," said the former Wales captain.

"The guys have really rallied round Steve. He's a great guy and he was a wonderful rugby players in his time and he's brought that into his coaching.

"He will say it as it is but he has a real positive effect on the guys. Gruff Rees has come in as well who has been very good and the guys have really brought into it, which has been good."