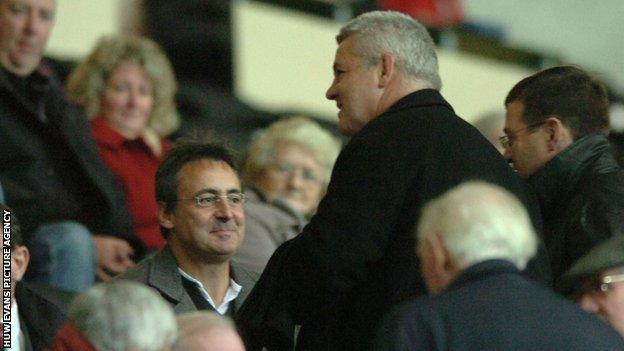 Scarlets head coach Nigel Davies says honesty will be Warren Gatland's best tool should he take charge of the British and Irish Lions.

It is understood the New Zealander has been offered the head coaching job for the 2013 tour of Australia.

But it has been suggested there may be a possible conflict or bias with some of his Wales' Grand Slam stars.

"You have to be open and honest with them and then you do that they will respect you," said Davies.

Then Wales coach Graham Henry led the Lions the last time a serving coach from one of the home unions was in charge.

He has been on a Lions tour before, albeit as an assistant coach, but that will have given him a lot of good experience

Henry coached the Lions to a 2-1 series defeat in the 2001 tour to Australia, a trip best remembered for a series of players' complaints and controversial columns and diaries, with England's Matt Dawson and Austin Healey most vocal in their criticism of Henry's management style.

The fall-out continued after the tour and Henry resigned seven months later after four defeats in six games with Wales.

But Davies is convinced Gatland will be able to handle the political problems which may ensue Down Under.

"I think Warren is experienced enough to be able to understand and do that and manage that situation," he said.

"He has been on a Lions tour before, albeit as an assistant coach, but that will have given him a lot of good experience.

"He will have seen some of the pitfalls of doing it and I'm sure he is probably the best positioned coach at this moment in time to take the Lions forward.

"I think he is the obvious candidate quite frankly. He has done exceptionally well with Wales and he is somebody who should go forward and coach the Lions."

Gatland's Lions experience came on the 2009 tour to South Africa as a forwards coach under Sir Ian McGeechan. The Lions lost 2-1 but it was a closely fought series.