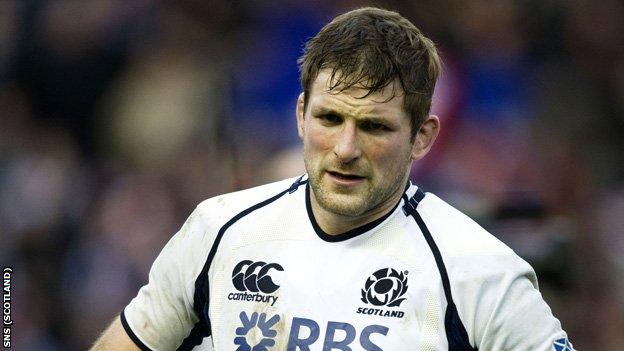 Back-row forward John Barclay has extended his lengthy stay at Glasgow Warriors by signing a new one-year contract at the Scotstoun club.

He joined the club as an apprentice in 2004 and has made 126 appearances, as well as winning 37 caps for Scotland.

"I'm delighted to be re-signing for the Warriors at a time when the club is really going places," said Barclay.

I've taken some time to think through the decision, and I'm convinced that it's the right one

"The atmosphere and ambition around the club is the best I've experienced."

He added: "It's always a big call to decide where your future lies, particularly when you've been with one club for a significant period.

"I've taken some time to think through the decision, and I'm convinced that it's the right one. Glasgow Warriors are going places and I want to contribute to that process.

"I'll be giving my all for Sean Lineen and the rest of the coaches as we try to reach the RaboDirect Pro12 play-offs, and will be doing likewise when Gregor Townsend, whom I know well from Scotland duty, takes over as head coach next season."

"At 25, he should be just starting to come into his prime, and I'm very pleased he's decided that Glasgow is the best place to continue his development and achieve what he wants to in the game," he said.