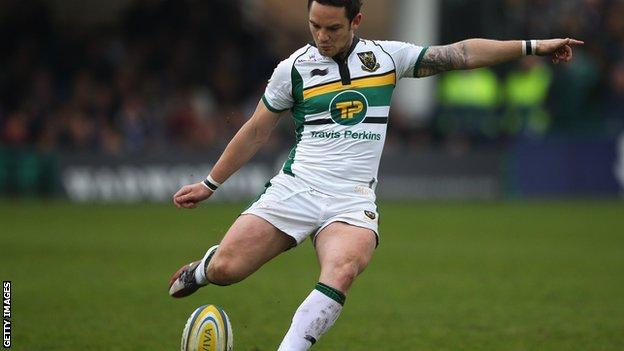 An excellent display by Northampton set up a comfortable victory over Bath.

Saints exerted huge pressure on Bath right from the start at The Rec, being rewarded with a penalty try after a series of collapsed scrums.

Ryan Lamb enjoyed a 100% record with the boot, with 14 points while Bath's Stephen Donald kicked two out of five.

Northampton took advantage of a sluggish start by Bath and pinned them on their own line.

With the Saints pack dominating at the set scrum, Bath's only answer was to concede a penalty try which the immaculate Lamb converted.

Bath started the second half in more promising style but the Saints defence held firm.

Even when Saints had Mark Sorenson yellow-carded Bath failed to take advantage, whereas Saints scored a second try when Bath lost Guy Mercer to the sin-bin.

"It was a really good performance. Bath are a good side when they're on the front foot.

"We took control, played some good attacking rugby in the first half and closed the game out in the second.

"Andy Long played magnificently today, as he has done over the last few weeks. We've got three hookers unavailable and he's done a very good job for us.

"We did feel under pressure today, hearing that Exeter had won. It's competitive at the top end."