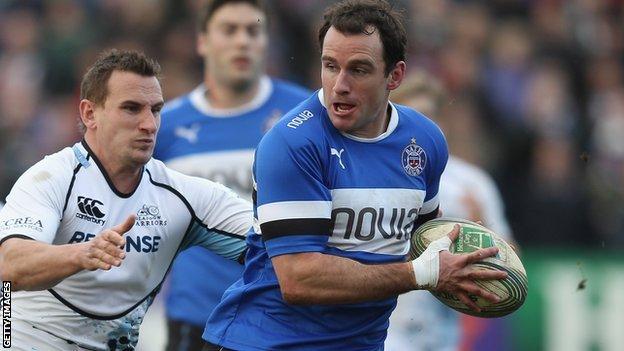 Centre Matt Carraro will leave Bath at the end of the season after three years at the Rec.

"This was a very hard decision to make but the time has come for me to try a new challenge," said Carraro.

"I will very much be looking to go out on a high at the end of the season, and will be doing all I can to make sure that happens for the club."

Carraro arrived at Bath in 2009 from New South Wales Waratahs after beginning his career with the ACT Brumbies and signed a two-year contract extension last season.

He has made 65 appearances during his time with the club and has contributed 75 points to date.

Director of rugby Sir Ian McGeechan added: "Matt has been a great member of the squad over the last few years, and we will be sad to see him go but understand his decision for doing so.

"We wish him all the best of luck, and I'm sure that he will give his all in helping us make the rest of the season with Bath a success."