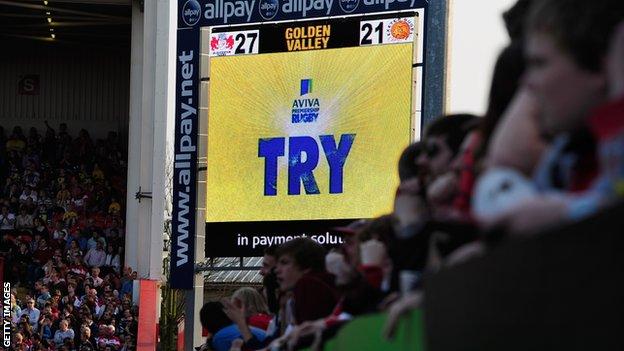 Aly Muldowney's last minute try, which was awarded after a television review, secured a first-ever win at Kingsholm.

"I thought we were outstanding in the first half, we went after the game, we attacked Gloucester in every area of the game," Baxter told BBC Devon.

"But we dropped off that a little bit and allowed Gloucester to play well."

He added: "They scored some good tries to bring themselves back into the game.

"We went from being comfortable and attacking the game to going onto the back foot and potentially throwing the game away.

But Baxter admitted to being nervous as the television match official decided whether or not to award Muldowney's try.

It was the first Premiership game to have television match officials which was not being shown live on television at the time.

"We knew it was a clear try, obviously the referee was unsighted, and if the TMO's not here he doesn't give that decision.

"We'd have lost that game of rugby and we didn't play any worse.

"We asked our guys on the pitch 'did he score?' And they came back saying 'he's definitely scored'.

"But from where we were sat we couldn't tell if there was clear television evidence, so I'm really pleased he's got through and got the score but it was a bit heart-stopping for while."