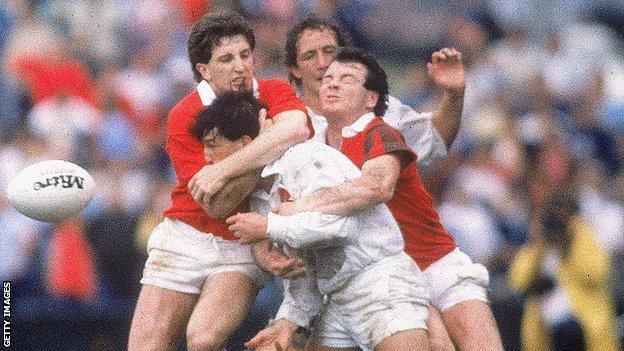 As Welsh fans celebrated their third Grand Slam in eight seasons amid memorable scenes in Cardiff, it would have been easy for them to forget the not-so-distant bad old days.

Until the first of those recent successes, under Mike Ruddock in 2005, Wales had not won the European accolade since the Golden Era that ran from the Triple Crown of 1969 through to the 1978 Slam and the Triple Crown that followed 12 months later.

In between there were only two old-style Five Nations to savour - the 1988 Triple Crown that preceded the 10-9 loss to France in the tournament's final game and the 1994 Championship that ended in a deflating 15-8 defeat against England at Twickenham.

When Wales' 2005 captains Gareth Thomas (who was injured during the tournament) and Michael Owen held the silverware aloft, some of t he greatest players in the nation's history were left to ponder never being able to savour such a moment.

But just to prove that even during the lean years Wales could boast talent to equal any generation, here is a Welsh Grand Slam Inbetweeners XV, including flanker Clive Burgess who made his debut in 1977, but did not play in the slam that followed a year later, plus some other strong candidates for inclusion:

And one last thought...