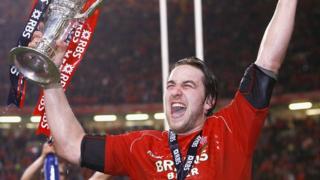 Ahead of France's game against Wales in Paris we look at six of the best Grand Slam clashes between Wales and France, including Wales' three Slam triumphs in the 70s and their last clean sweep in 2008.

You can also watch highlights from the classic 1988 England v Ireland match on the Six Nations rewind, on BBC 2 from 09:10 GMT on Saturday 28 February.