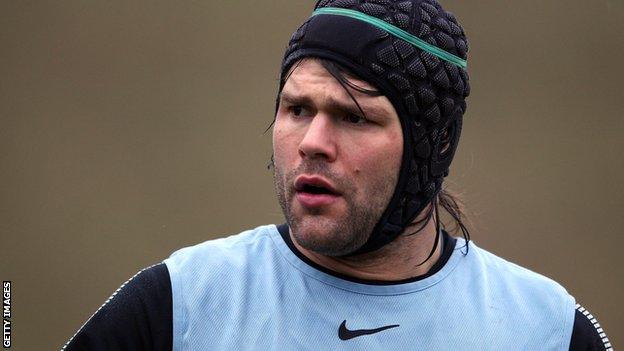 London Wasps have confirmed England lock Tom Palmer will return to the club next season by signing a two-year deal.

The 32-year-old left Adams Park two years ago to join Stade Francais, where he has played nine times in the current Top 14 campaign.

In his first spell with Wasps, between 2006 and 2009, he won a Premiership and Heineken Cup medal.

He will return alongside fellow ex-Wasp James Haskell, who agreed a three-year deal in the summer.

Palmer, who won his 35th England cap by starting Saturday's 19-15 win over Italy, said: "I'm delighted to be returning to London Wasps.

"I have many happy memories of three successful seasons at Adams Park and I am very excited by the prospect of my return."

Wasps director of rugby Dai Young added: "Bringing the kind of quality in that Tom and James will deliver demonstrates our desire to have a highly competitive squad next season that will see us, I hope, push forward very positively.

"Tom is one of the best second-rows in world rugby and it's a real advantage that he comes to the club with a thorough knowledge of what Wasps is all about."