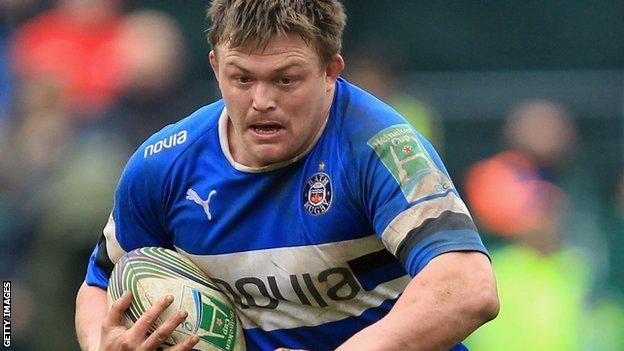 England prop Dave Wilson has been ruled out for at least four weeks after fracturing his jaw.

The 26-year-old was released from Six Nations duty to play for Bath and suffered the injury in their LV= Cup victory over Exeter on Sunday.

"He'll have to have an operation on it," director of rugby Sir Ian McGeechan told BBC Radio Bristol.

"It means he can keep training while he's recovering but it's disappointing for him as he's in good form."

Wilson, who has 19 international caps, was included in Stuart Lancaster's 32-man squad for the Six Nations but was released back to his club after being left out of the match day team to face Scotland last Saturday.

He has made 15 appearances for Bath this season.