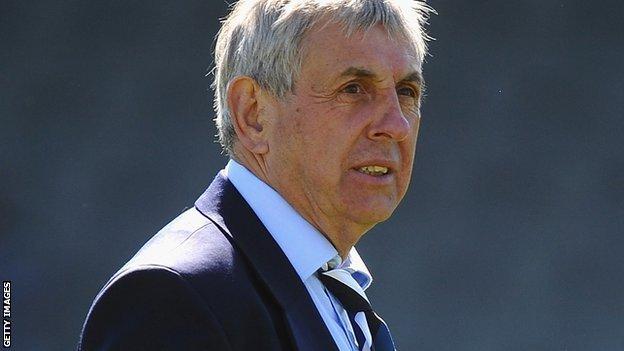 Bath director of rugby Sir Ian McGeechan wants his side to replicate their impressive form in the LV= Cup when they return to Premiership action.

Bath secured a home semi-final in the cup competition against Leicester after thrashing Exeter Chiefs 31-3 on Sunday.

But their Premiership form has been disappointing this season and they currently sit 10th in the table with just five wins from 13 games.

"We've got to make the most of this momentum," he told BBC Radio Bristol.

"We've had it since we've come into the new year and we've got to take it into the Premiership games that are coming up.

"They'll be more intense again and they're awkward games to play. There's no one that's the same as the next.

"But what this game has proved is that we beat an Exeter side that got stuck in," added McGeechan. "We've not just coped with it - we've managed it well and created opportunities. They are really starting to work off each other.

"We've got to take that sort of approach going into the Premiership."

"We've played well and we are scoring tries and the players are getting confidence from it," he added. "We're getting real clarity about what we're about and what we want to do.

"We've got some big teams and tough games coming up and if we can really get our teeth into those then that will stand us in good stead for a good final position."