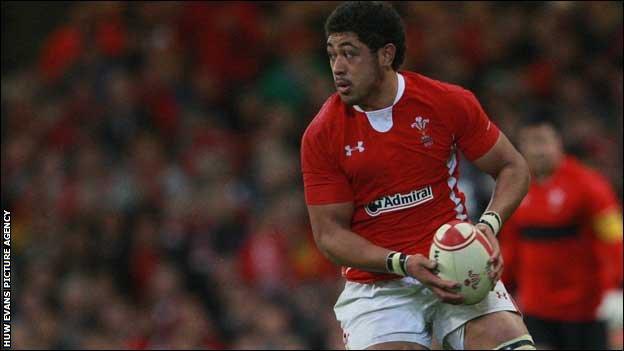 Toby Faletau has urged his Wales team-mates to move on from their World Cup heroics - starting with their Six Nations opener in Ireland on Sunday.

The Welsh number eight views the 2012 Championship as "a new beginning" for Wales as they visit an opponent whose World Cup dream they ended in October.

Faletau was a Wales ever-present and played a major role in finishing fourth in New Zealand, their best since 1987.

"We can't live on the World Cup," said the Newport Gwent Dragons back-rower.

"We've got to move on. It is a new beginning. We start again this weekend and, hopefully, we will build momentum and go on from there.

"I was just glad to win the quarter-final and come through the game.

"We defended well, and that made the difference. We had our game-plan, and it worked."

The 21-year-old is one of 10 survivors from Wales' 22-10 quarter-final victory over Ireland and while Wales reflect on a good performance in rugby's showpiece tournament, Faletau knows Wales must progress as they have lost all three Tests since.

And there was a sense of frustration that Wales should have finished better at the World Cup but Warren Gatland's team lost to France in the semi-final, Australia in a third-place play-off and the Wallabies again in a December friendly.

Wales' success over Ireland in Wellington was because of Faletau's display alongside his back-row colleagues Dan Lydiate and captain Sam Warburton in stopping a revered Irish trio of Stephen Ferris, Sean O'Brien and Jamie Heaslip.

An injured Lydiate is replaced in the number six shirt by former Wales captain Ryan Jones in Dublin and Faletau expects another punishing battle.

"Ryan is a great player and it is a case of same again this weekend," Faletau added.

"We have definitely got to stop their back-row because they are all brilliant players who are important to the Ireland team."

Wales have been boosted by World Cup stars Jamie Roberts and Rhys Priestland both being declared fit with their recoveries from knee injuries meaning that coach Warren Gatland can field six of the seven backs on duty in Wellington.

"We not only need to emulate that World Cup game," said Roberts.

"But also improve on it, because nothing less will do.

"We need to produce the perfect game to beat Ireland - that is what it will take.

"We were very close to being perfect in the World Cup game, and we all need to put our hands up and produce again."