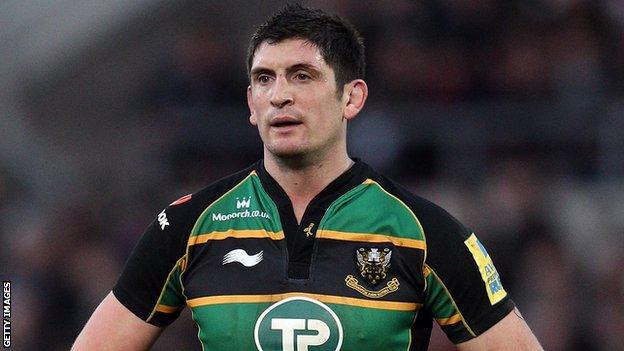 Munster have announced the signing of Northampton Saints centre James Downey on a two-year contract.

He moved on to Calvisano and then joined Saints ahead of the 2007/08 campaign, going on to make 135 appearances for the club.

Munster coach Tony McGahan said: "James is a quality player who has been on our radar for some time now."

He added: "We've seen at first hand [in the Heineken Cup] exactly what he has to offer and believe that his style and his attitude can only enhance our squad."

Dublin-born Downey is a 2009 Churchill Cup winner and also had spells at Connacht and Leinster.

He scored one of his two tries this season in the Saints' narrow defeat by Munster in the Heineken Cup.