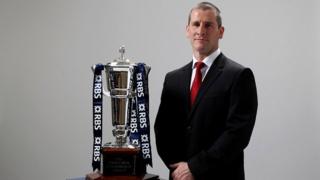 New England caretaker coach Stuart Lancaster promises to be his own man as he talks to the BBC's Ian Robertson about the challenges ahead as he strives to define a new culture in English rugby.

The former Saxons coach has identified a shortlist for the role of captain as he assesses the leadership qualities of those players with which he has not previously worked.

England begin the defence of their Six Nations crown against Scotland at Murrayfield on 4 February.