The 30-year-old England and Great Britain prop played despite suffering the injury in Saints' semi-final win over Catalan Dragons seven days before.

Saints hope the Yorkshireman will be fit in time for the 2021 season, which is due to start on 11 March.

Both backs lasted to the end of a punishing game despite suffering injuries inside the first 24 minutes of Friday's final in Hull. 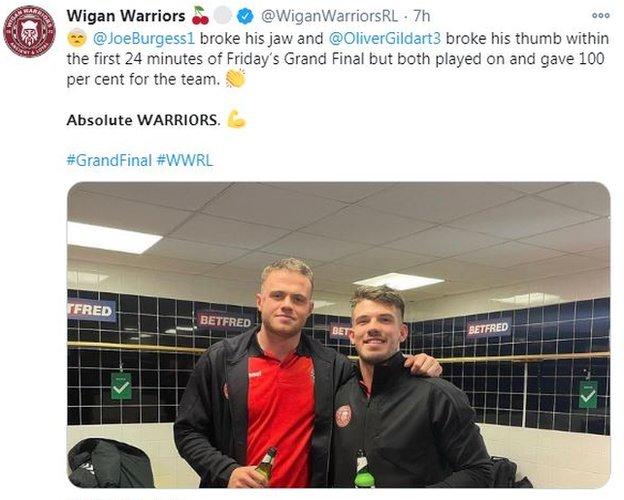