In a week in which all the talk has been about Sonny Bill Williams, it's easy to overlook the fact that Great Britain still have a Test match series to save.

Defeat a fortnight ago by Tonga has been put into context by their historic and emotional win over Australia a week later. And, but for a late and heroic try-saving tackle by Kenny Bromwich in Auckland, the Rugby League Lions may have been bouncing into Christchurch full of optimism.

Ifs and buts count for little when they come served with a loss. So this side needs a win to live up to the pre-tour optimism of the return of the GB brand.

They have that capability and the demand is certainly for greater entertainment than was served up in the first half of last week's mostly dour spectacle at Eden Park. 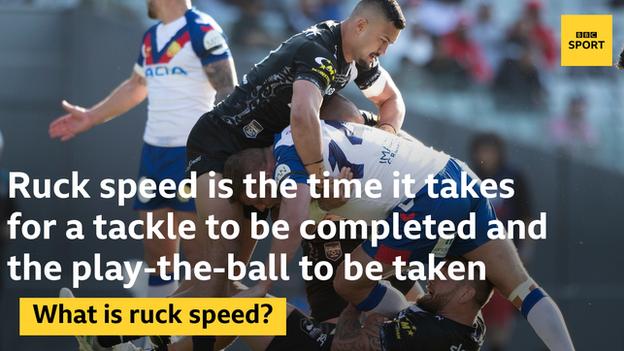 But any analysis of GB's performance, in and around the speculation and chat about SBW, constantly comes back to the ponderously slow play in that first test.

A different referee - Gerard Sutton replaces Englishman Chris Kendall - may help. But that's not a given, especially as Sutton is more used to officiating in the two-ref system of the National Rugby League, where ruck speed is helped by having the pocket ref.

So GB may have to help themselves. They can draw optimism from the pattern of play towards the end of the Test. The final 20 minutes saw a flurry of chances made. This week they need to finish them.

The expectation is for more influence on more of the game from the halves - Gareth Widdop and Jackson Hastings - and this Lions' squad should know that they are one tub-thumping win from being recalled fondly in years to come.

Mike Gregory's 80-yard run and Henderson Gill's bit of a boogie, Jonathan Davies' flight past Brett Mullins for Wembley's corner and Sean Long's zenith performance in Sydney in 2006 are all talked of as marvellous and magic on many a flight of nostalgia in British rugby league circles.

And they were, but they were all also one off matches in the midst of otherwise depressing series. They were diamonds in the mud.

If GB can lift for one big performance and win on Saturday, that's what they'll be remembered for. Not quite with the hyperbole that's attached to those famous games because they were against Australia, the 'old enemy'. We tend not to get as excited by victories over New Zealand, possibly because we like them more than the Aussies.

But should they lose and, more importantly, fail to perform, this will go down as a lacklustre few weeks in the long history of GB, whatever happens in Papua New Guinea next week.

Arguably New Zealand could be a tougher beast this week. Kodi Nikorima did a sterling job at dummy half in Auckland, given that he'd come straight from his holidays and hadn't even trained with the side ahead of the match.

But he's replaced this week by Brandon Smith - the wonder from Waiheke, left out last last week for 'failing to meet team standards' - who you'd think would pose more threat from dummy half.

And the mercurial Shaun Johnson is also given his head again in place of Kieran Foran who left the match early last week because of injury, reducing NZ's attacking options.

Johnson has been hit and miss for the Kiwis of late, hence being dropped for last week's match. But he's capable of switching on the magic at any point. England have suffered at his hands, and quick feet, all too often. Being left out on week one may ignite his passion to break British hearts in week two.

There also seems to be a growing discontent amongst British fans towards coach Wayne Bennett. He's not nailed on to take England though to the World Cup. A decision on that will be taken after this series.

You'd have to think he's favourite to carry on, given the success of England in reaching the World Cup Final in 2017 and the way they performed in that epic game against Australia.

And you can see, feel and hear the respect he has from every one of the GB squad - and the England squad before that - when you watch any training session or conduct any interview.

But a lack of attacking flair from his side - GB have scored only two tries in two matches in this series - has drawn flak from travelling supporters and many on social media.

The international game is not a conduit for free scoring in this NRL-influenced era of super tight defence, and Bennett will not be judged by his Rugby Football League employers on the basis of this one game in Christchurch this weekend.

But a few tries and a win will go a long way to putting a smile back on the faces of those who have loved putting back on the white, red and blue shirts to support this side.