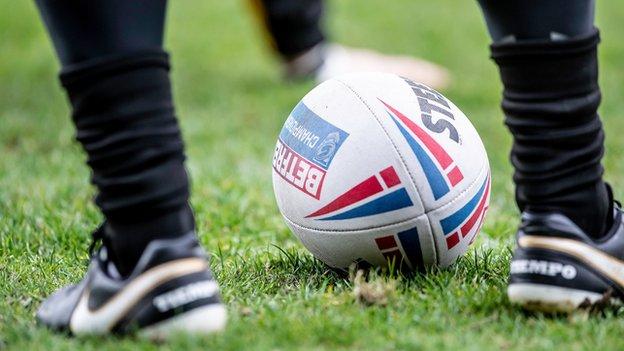 Former Wales rugby league international and ex-Huddersfield chairman Mick Murphy has died at the age of 77.

He was in the Wales team that finished third at the 1975 World Cup.

A second row or prop, he also had a spells in France and Australia before turning to club management, rescuing Huddersfield in 1988 when the club was heading for liquidation.

Murphy headed up a three-man consortium and, after persuading Alex Murphy to become coach, oversaw a revival in the club's fortunes.

His contribution was recognised when he was made a life member and he attended last Thursday's Super League match against his old club St Helens.

Jim Mills, a teammate from the 1975 World Cup, said: "He was a great player and a lovely man and he wore the Welsh jersey with pride."