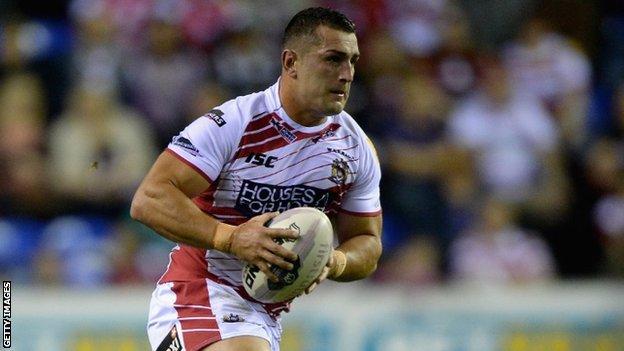 Wigan prop Ben Flower has been included in Wales' 24-man squad for the European Championship.

Flower is in the Wales squad for the first time since serving a six-month ban for punching St Helens' Lance Hohaia in the 2014 Grand Final.

The 27-year-old has been appointed vice-captain with Lloyd White skipper.

In a change to the original squad, South Wales Scorpions hooker Connor Farrer has replaced St Helens player Matty Fozard, who has broken his jaw in a training incident.

Wales begin their European Championship campaign at home to Scotland in Wrexham on Friday, 16 October and host France at Cardiff Arms Park on 30 October.

The campaign ends with an away game in Ireland on 7 November.

Wales have rested the number six shirt for the Championship out of respect for former international Danny Jones, who died from a heart problem after collapsing in May.

Jones will be remembered in a testimonial game played between his former club Keighley Cougars and Wales on Sunday 25 October at Cougar Park.