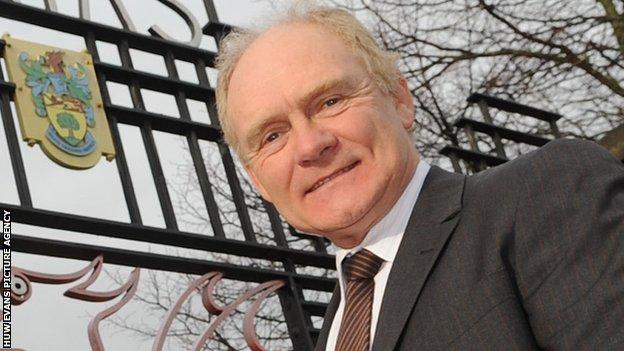 North Wales Crusaders are set to appoint a new head coach, with Clive Griffiths stepping down.

Griffiths has taken on the role of rugby director at the Championship club.

Crusaders coach since 2011, Griffiths has combined his position with that of director of rugby at Doncaster Knights for the past 18 months.

The ex-Wales dual-code international led the Wrexham-based club to a league and cup double in 2013.

This year he guided English rugby union side Doncaster to the National League 1 title and promotion into the Championship.

"The volume of work has increased as my RU club prepare for a massive season in the Championship," Griffiths said.

"I just do not want to dilute anything at either club and let anyone down. That is my main concern and only worry."

Griffiths will take charge of Crusaders for Sunday's game against Whitehaven, with the club set to announce a new head coach on Monday.