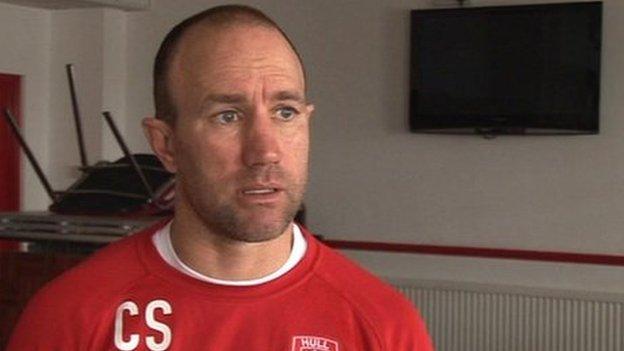 Hull Kingston Rovers coach Craig Sandercock has been offered a new deal by the Robins to remain in charge for a fourth season at Craven Park.

The 45-year-old Australian was appointed in September 2011 on a two-year contract, before extending that for a further 12 months.

And chairman Neil Hudgell is keen to keep him at Craven Park.

"We'd like to have matters resolved in the next couple of weeks, as we need to make plans for our recruitment next summer."

Rovers have have only had two coaches since entering Super League in 2007.

Justin Morgan left at the end of the 2011 season, after six years in charge, having enjoyed his most successful campaign in 2009 when Rovers finished fourth.

Since then, they have finished 10th in 2012, and then scraped into the play-offs last year. This season they currently stand 10th, level on points with city rivals Hull FC.