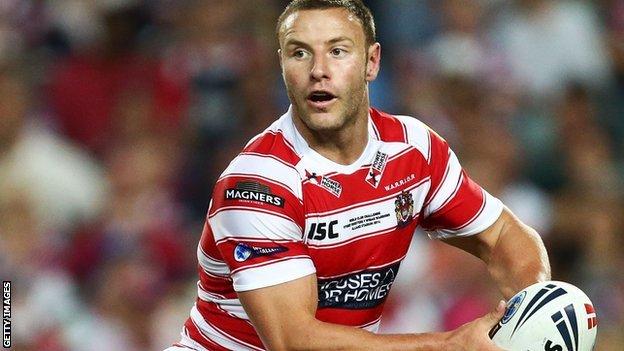 The 27-year-old's departure from the Super League club at the end of the 2014 season was confirmed on Tuesday.

The Australian has signed a two-year deal with Melbourne Storm and will join up with his new team-mates in November.

Green, who is currently sidelined with a bicep injury, has scored 68 points in 42 appearances for Wigan since arriving from Hull KR in 2013.

He was awarded the Harry Sunderland Trophy for Man of the Match in the 2013 Super League Grand Final.

Prior to his move to Hull KR in 2010, Green previously played for Canterbury Bulldogs, Parramatta Eels and Cronulla Sharks.