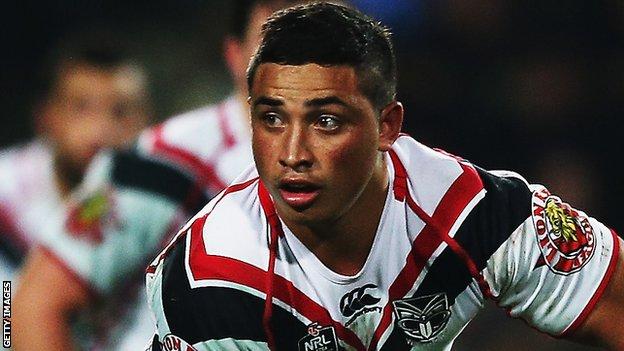 Locke, 25, had agreed to join Salford for the start of next season on a three-year deal but he could now play in the coming games after the Red Devils made space on their salary cap.

Smith has returned to Wakefield on loan for the rest of the season.

Tim is obviously a quality half-back but unfortunately he hasn't settled into life here as well as everybody hoped.

McPherson, 28, has been released after making 31 appearances for the club.

The signing of Kiwi Test full-back Locke for the 2015 was seen as a major coup when announced last month.

However Salford's poor form - one win in eight league games since they replaced Brian Noble with Iestyn Harris as head coach - has prompted the club to secure an early release, with Locke's availability dependent on being granted a visa.

Meanwhile, outgoing half-back Smith, 29, was one of 14 new arrivals when brought in from the Wildcats for 2014, but has made only 12 appearances this year.

He will go straight into the Wildcats squad for Friday's game against winless London Broncos.

Red Devils head coach Harris said: "Tim is obviously a quality half-back but unfortunately he hasn't settled into life here as well as everybody hoped.

"We have talked at length with the player and his agent and see his immediate future elsewhere.

"In my time at the club I have been impressed by the attitude Shannan has showed. He is a certainly a talented player and I wish him the best for the future."

Wakefield's visit of the Broncos is James Webster's first in charge of the team after he replaced Richard Agar last week.