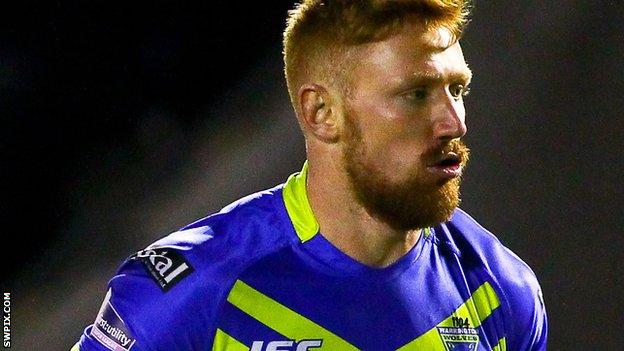 Warrington Wolves could be without back-rower James Laithwaite for around six weeks after he broke a bone in his foot against Leeds last Friday.

Laithwaite, 22, has been a regular for the Wolves with 16 appearances and will miss the Challenge Cup quarter-final tie with Bradford on Sunday.

The loss of Laithwaite is offset by the potential return of Ireland international Simon Grix.

Grix, 28, has been out for two months with a dislocated shoulder.

"The voodoo has struck again," coach Tony Smith said. "Poor old James has been playing exceptionally well and really coming on but he's out for approximately six weeks.

"Hopefully we'll get the all-clear on Simon Grix and we get back a seasoned campaigner that's been very good for us in recent years."

Joel Monaghan could also feature on the wing for the Wire despite taking a kick to the face in the same game.