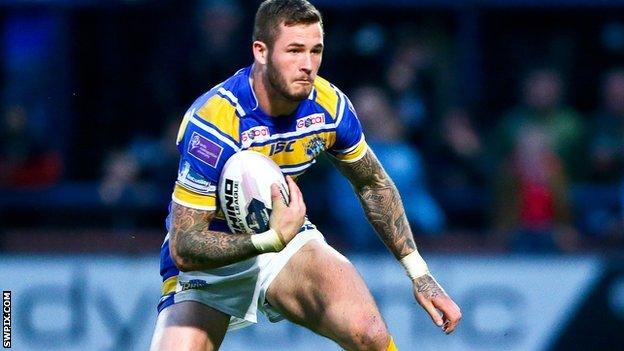 The Rugby Football League is to investigate allegations that Leeds Rhinos full-back Zak Hardaker made homophobic comments during their Super League defeat by Warrington on Friday.

The incident has been referred to the RFL compliance department, which has begun a formal inquiry.

Wakefield Trinity Wildcats prop Richard Moore also has the same deadline for a guilty plea after being charged with Grade B offence of striking in their defeat by Bradford on Sunday.

Hull KR prop Michael Weyman has been charged with using foul and abusive language, also a Grade B offence, in his side's loss to Castleford on Sunday but does not have the option of an early guilty plea.