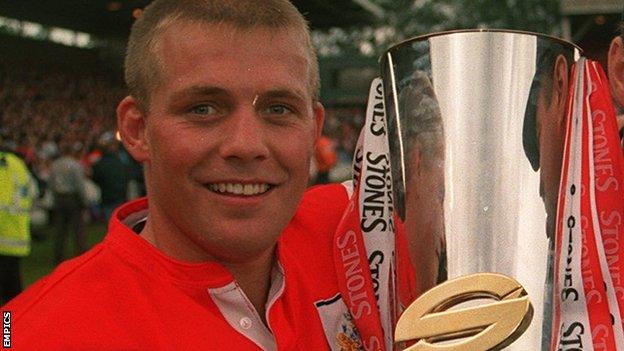 Goulding, 42, has not played since a bicep injury ended his first-grade career during a spell as player-coach at Sunday's opponents in 2005.

However, he is considering a return with Raiders, who he has led since his appointment as head coach in March.

Raiders lie bottom of the Championship, with two wins in 12 games this term.

During his pomp Goulding was one of Britain's most devastating half-backs, in particular leading St Helens to a Super League and Challenge Cup double in the inaugural summer era season of 1996.

He also represented England at the 1995 World Cup and won 17 Great Britain caps.