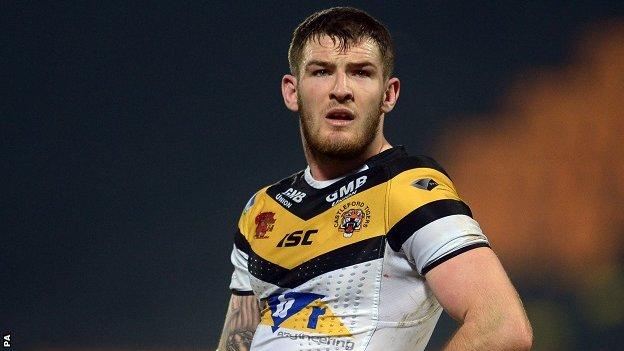 Clark has scored nine tries, completed 380 tackles and made 1662 metres in 13 Super League appearances this season.

The uncapped 21-year-old has also made 15 clean breaks to help Castleford to third in the table.

"Daryl has been superb and has probably been the best hooker in the competition this year," said Powell.

I think we're in a genuine spot now, we have 20 points and given ourselves a great platform to build on

Speaking to BBC Radio Leeds, Powell continued: "He should have every chance of starting for England this autumn if he keeps playing the way he is at the moment.

"He's developing little bits of his game, he's a tough character, he's so quick, and those are qualities you need to open an Australian defence.

England are scheduled to play Samoa at home at the end of October before flying down under to play Tests against Australia and New Zealand.

Heading into the second half of the season, Castleford go into Saturday's match against Hull KR just three points behind leaders Leeds and ahead of clubs including Wigan and Warrington.

"We're going around again against teams we've beaten once, so they're very motivated, they're preparing really well against us and trying to nullify what we do, but I think we're in a genuine spot now, we have 20 points and given ourselves a great platform to build on," said Powell.

"Rovers are coming off the back of a couple of wins, against Hull and London, and for us it will be about stepping up our standards, particularly on what we delivered last week.

"They will see it as a great chance to get into the top eight, but hopefully we can come up with a performance that sees us come out on top."