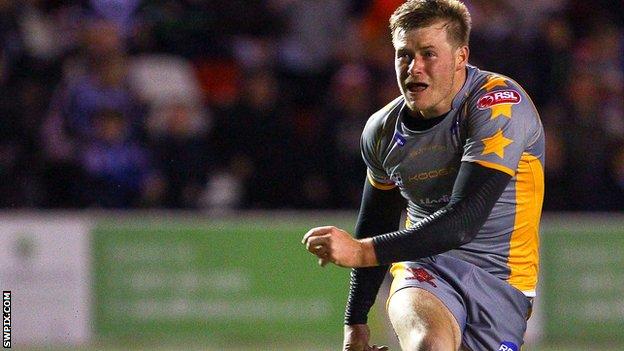 The versatile Australian back, who turns 24 on Wednesday, had surgery on a torn pectoral muscle last week.

"It's a three-to-four month injury, which potentially takes him out for the rest of the season," said Harris.

"What it does is give him a chance to work on aspects of his game and his physicality that he needs to improve on, and come back a better player."

Mullaney, formerly of Parramatta Eels, was one of 14 new recruits made by Salford before the start of the season.

He had been a regular in the side until his injury, which he suffered during the Magic Weekend loss to Widnes on 17 May.

The Red Devils have won just one of their eight matches since Harris took over from Brian Noble, but the former Wales coach is seeing signs of progression.

"We haven't put anything like an 80-minute performance together yet," he told BBC Radio Manchester. "But we're getting into a position now where we're ready to kick on."