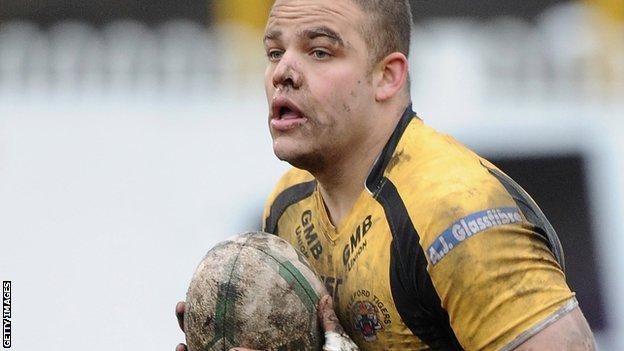 Castleford full-back Jordan Tansey has been handed a three-match ban for pushing a referee in the back.

Tansey, 27, was charged by the Rugby Football League's match review panel for deliberate contact with Tim Roby during Sunday's 19-16 win over Hull FC.

He was found guilty at a disciplinary hearing in Leeds and also fined £300.

Five other players, including St Helens forward Louie McCarthy-Scarsbrook, have also been banned for incidents during round five of the Super League.

The 28-year-old will miss two games after making dangerous contact in Friday's win over Catalan Dragons.

Catalans prop Jeff Lima has received the same sanction, as has Micky Paea of Hull FC for a similar offence in their defeat by Castleford.

Huddersfield's Michael Lawrence and Chev Walker of Bradford Bulls have been given one-match suspensions by the RFL.