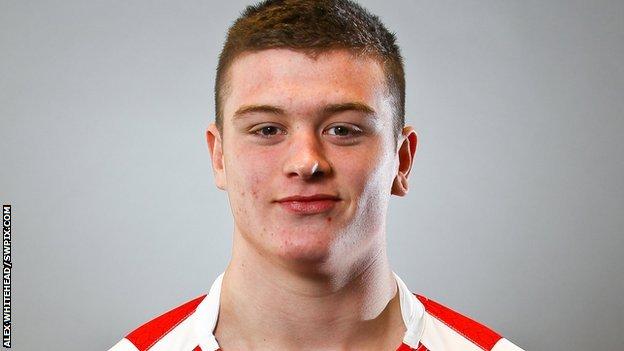 Wakefield Trinity Wildcats have given Jordan Crowther a new four-year contract after the teenage forward made his Super League debut last week.

Crowther, who turned 17 two weeks ago, became the second-youngest forward ever to represent the club.

An England youth international, Crowther is a product of the local Westgate Wolves amateur club.

"Wakefield is the only club I've ever wanted to play for so to get a long contract is great," said Crowther.

"It's been a crazy year to go from playing amateur and one Academy game, straight to playing against Wigan in Super League."

"He got hit hard a few times [against Wigan] but he kept coming and he got through the line a couple of times and he's a kid that, for such a young age, is absolutely fearless.

"What makes it a little bit nicer is that he's a Wakefield die-hard. We're getting a kid that was on the terraces and some of these blokes over the last two or three years have been his heroes and now he's playing amongst them and doing a really good job of it."