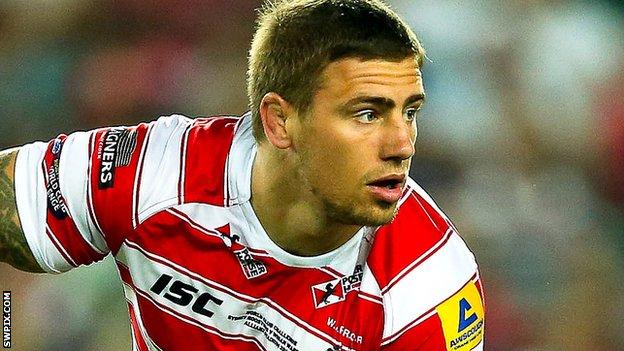 The 26-year-old England hooker has agreed a pay increase for the next three years and extended his previous deal by a further 12 months.

McIlorum has made 166 appearances and scored 16 tries since his 2007 debut.

"His improved terms for the next three years are also just reward for his outstanding performances week in week out," said head coach Shaun Wane.

"He is an exceptional player and is one of the first names to go on our team sheet because of his whole-hearted commitment and high levels of performance."

The Leeds-born forward, who came thorough the Warriors youth system, represented England in their run to the 2013 World Cup semi-finals, having previously played for Ireland in the 2008 tournament under the grandparent rule.

"The successes of the last few seasons have made me even hungrier to achieve more with the club," he said.