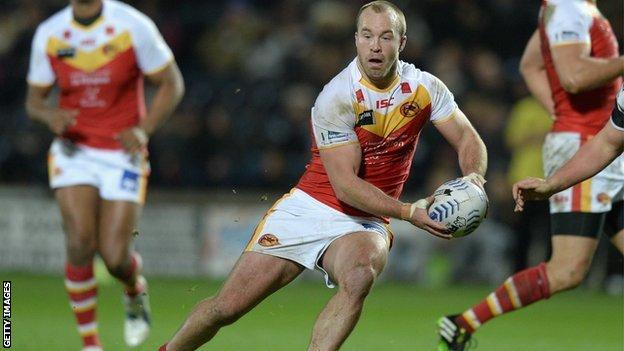 Catalan Dragons hooker Ian Henderson has been ruled out for at least 10-12 weeks after breaking his wrist in the 40-12 defeat by Leeds Rhinos on Friday.

The 30-year-old has since had surgery on a fractured radius.

He joins team-mates Vincent Duport, Ben Pomeroy, Scott Dureau and Damien Cardace, and and Olivier Elima on the sidelines.

Catalan are also without Louis Anderson, who has but is not currently match fit.

The Dragons have lost all three of their Super League matches so far this season.